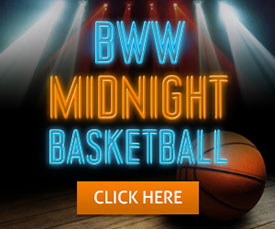 Sports have changed drastically within the past quarter century. Sports parents today will not hesitate to come up to a coach, call them, or even message them on social media about their children’s playing time. There are many factors that weigh in to this shift. Bellwood-Antis varsity softball coach, Jim Payne, thinks that finances play a role in it all.

“Sports used to be about belonging to a team, comradery and belonging to something bigger than oneself,” said Coach Payne. “After parents get done spending money on private lessons, camps, and showcases, they get very angry when their child doesn’t play, or even if they play poorly.”

Jr. high football coach Charlie Burch has a similar point of view. “Many sports parents today are vocal and outspoken when things don’t go well for their child or if the team loses a lot. They will approach the coach without hesitation. Years ago, a parent would never do that,” he said.  Today, it seems that people are more focused on themselves as a player rather than the team as a whole.

“I think parents today are more interested in their kids, rather than the whole team. A lot of things motivate that: the pride, recognition, and it goes on and on,” said varsity football coach and athletic director John Hayes. “This is not to make these parents out as bad people, it’s just that their concerns are now more than they used to be.” Although every parent wants the best for their child and for them to be happy, parents often cross the lines with their concerns.

Coach Hayes said he doesn’t react to specific situations until they become problematic. “The coach should try to explain the situation as clearly and honestly as they can, and hopefully the parent can accept that. Unfortunately, that doesn’t happen as often as we would like it to,” he said.

Follow the link here if you’re interested in some easy steps to being a good sports parent.