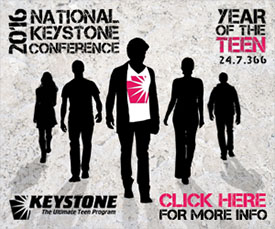 Congratulations to Whitney S the 2015 Youth of the Year! She received the honor on Tuesday night in Washington D.C.

Whitney was the Southeast Youth of the Year from Boys & Girls Clubs of Sarasota County in North Port, Florida.

The oldest of three raised by a single mother, Whitney grew up fast.

Because she was so busy caring for others while also trying to excel in school, she ignored negative emotions building inside … until they resulted in self-destructive impulses. She cites the Club and its positive environment as a turning point in her life, which inspired her to find positive outlets for her feelings. Whitney became involved in many activities, including serving as president of the Keystone Club, BGCA’s teen leadership group, and on the BGCA National Teen Advisory Board. She earned exceptional grades in school, where she also excelled in Junior R.O.T.C., attaining the rank of Regimental Commander, the school’s top leadership position. She also started SEED to SOIL, a club that educates students and parents about healthy lifestyles and sustainable agriculture. Whitney plans to become an attorney in the U.S. Air Force, followed by a career in politics and academia.