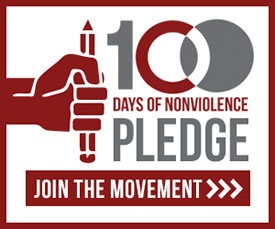 My name is Isabella, and I am 15. This is a story about my 2015 Comic Con experience in San Diego. I got the opportunity to travel to Comic-Con International by my dad. His work has required him to go since I was in diapers, but I had never thought that I would be asked if I would like to travel alongside him. Me not really knowing what was in store, and not being that interested in comics, boldly accepted the offer. Little did I know, I was in for something amazing.

The first thing that I remember thinking as my father and I passed the convention was: “Wow, that’s a lot of people.” What I didn’t even realize was that I was looking at the least busy day of Comic-Con. After we got settled, my dad recommended that we walk the floor of the convention. After a day of traveling, I was tired, but also curious. As we walked through the doors of the convention, I saw booth after booth after booth. Rows of animals, heroes, villains, TV shows, movies, books, cartoons and characters galore. From Minions and Spongebob to The Hunger Games and The Walking Dead, I learned that Comic-Con was a place for everyone. 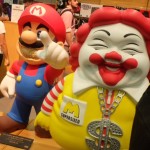 The second day was insane. There were probably over 100,000 people there, and about 10-20,000 of them were in amazing costumes. People were dressed up as whoever they wanted to be. They had most likely been working on these costumes for ages, as they were so detailed and beautiful. It felt like you could be anyone you wanted to be at Comic-Con, without being judged by anyone. I could have cosplayed as anything and nobody would have thought twice. Many people cosplaying (in costume) were asked/stopped to take pictures. *(I was also in costume, and I can verify that last statement because I got asked for many pictures) These costumes weren’t regular costumes that someone could pick up from Party City. These were works of art, handmade from scratch. I could tell and see how much work, money, time, and effort people put into their costumes to make them as beautiful as they were.

Many successful people came to Comic-Con to speak at panels about their work, be in acting, writing, etc. There was a Hunger Games panel, where Jennifer Lawrence, Josh Hutcherson and Liam Hemsworth spoke, a Star Wars Panel, and even a panel for my favorite show, The Vampire Diaries. I couldn’t go to that panel, unfortunately. However, my trip was soon to be made when I walked onto my plane back home and saw before me the ENTIRE cast of the Vampire Diaries. I met my favorite actor, Ian Somerhalder, and his wife, Nikki Reed. They were so sweet, and it was the first time in my life that I was at a loss for words, I was starstruck. My trip had been made, the cherry on top of the sundae.