The Last Deal Trailer from William Powell on Vimeo.

Project Sunset Walk was created by a Teen Center Mentor and Staff Member as a project to challenge a group of selected teens to tackle a large and complex project that would teach them skills that would help them later in life in their business environments. A number of teens were interviewed and five were selected for the jobs and were paid minimum wage for the hours worked. They were treated as employees, with personal reviews and coaching along the way. This was the first exposure for any of them to a professional setting that mimicked what they might see later in life.

The Project involved creating and writing a screenplay, with the thought that a simple video would be made for the local Club. The target audience for the video was to be 15-25 year old Hispanic males, with the underlying theme that there is much more to being a man than being male.

“there is much more to being a man than being male”

As the story began to develop from the imaginations of the Club teens, it was clear that there were also other messages that the group wanted to deliver about values and families and breaking out of the poverty cycle that so many kids see in their lives. Over a six -month period, involving a great number of hours, the teens learned how to work together collaboratively and creatively, building on each others ideas and experiences.

At around the 5 month time frame, it was clear that the screenplay being constructed had the potential to reach out to a much bigger audience than had been originally foreseen. Decisions were made to 1) professionally produce the movie with the teens helping, and 2) create a documentary about the process of making the movie. The documentary was specifically directed towards the staff members at other Boys and Girls Clubs across the USA, and to senior male professionals of all types, appealing to them to get involved with the teens and to be role models for them. In the end, two versions of the Documentary/movie were made, based on the demographics of the audience.

We are in the process of distributing the documentary/movie as widely as we can. Our first and foremost objective, from the beginning, is to get key staff members in each and every Boys & Girls Club to see what has been accomplished.

The message within the movie is important, but so is the message to encourage the tackling of large and complex projects for the growth of the teens. 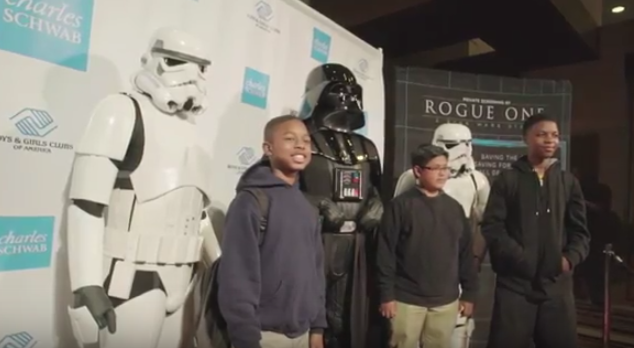 How to be a Writer: Writing is as Easy as ABC…Ask Questions